As promised, here's the first image showing the character concept for my work-in-progress eSting entry.. 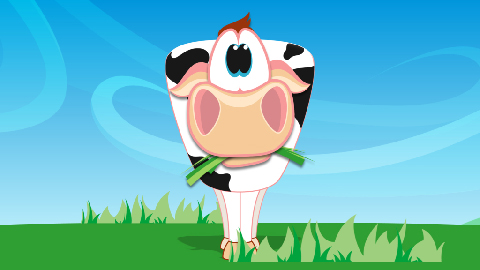 Yes, this time the main protagonist is this rather innocent-looking cow, chewing on some rather innocent-looking grass, in an innocent looking meadow. Don't think it's going to stay that way for long though :) All of the assets in this image have been created using Illustrator and composited together in After Effects where further details are added such as drop shadows or colour tweaks. I'm currently working on a 3D asset and ensuring that it still 'fits' with the style of this very-2D looking environment.

So, after there was no sign of a competition last year, the eSting contest is back for 2011. Again, it's a chance for regular artists to get their work broadcast on the e4 channel giving them some great exposure. My last entry was a chosen finalist last time around so I guess the pressure is on this time to see if I'll be lucky enough to be picked again! Fortunately, they've doubled the amount of finalists this time around meaning more exposure for more people (actually it's probably less exposure for more people but anyway...)

So, with the help of my step-daughter I've been working on a new concept. In essence, it isn't too dissimilar to my last one, in that it is character-based and involves an 'unfortunate outcome'. Whereas last time however, I felt I used some cheap 3D 'tricks', to turn the project around in 2 or 3 days, this new sting is going to be a little more labour-intensive. This time I'll be paying the environment a lot more attention, there'll be more animation and, although there will be 3D elements, the ident will be fundamentally 2D.

I'll be posting updates here starting with a character design in the next couple of days.

Another photography update... This time from a trip to Tatton Park, Knutsford at the weekend.... 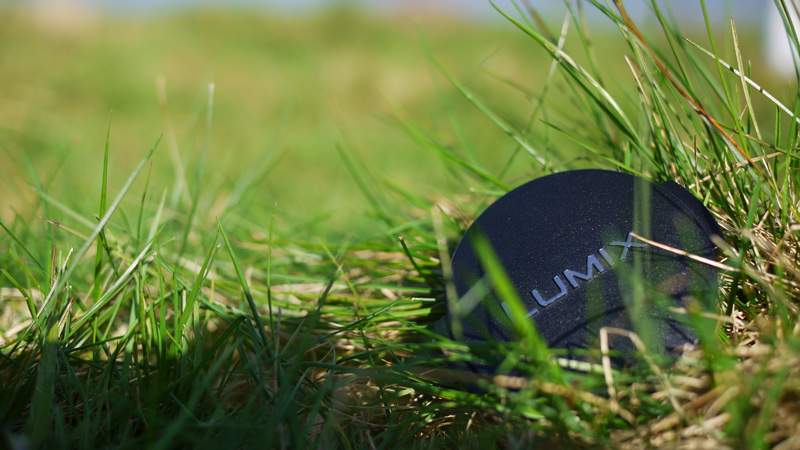 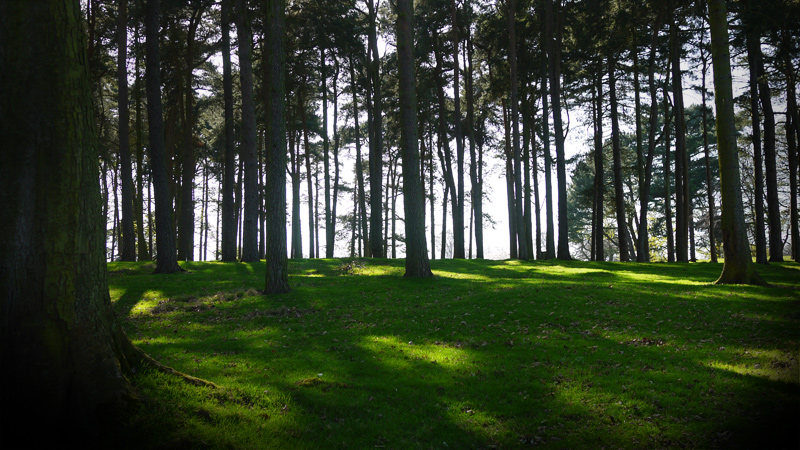 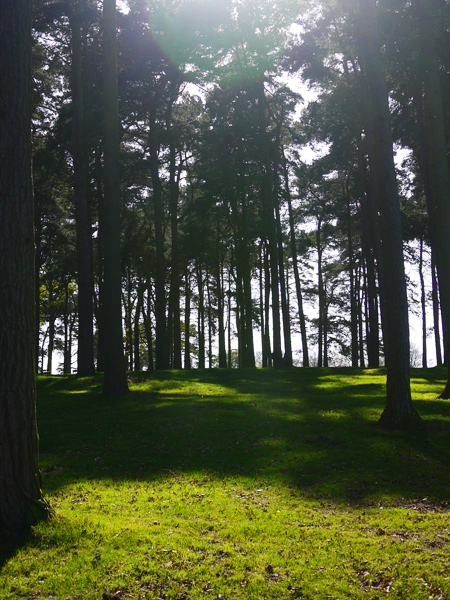 Last week we took a family trip to London for a couple of days. The weather was incredible for this time of year, and in between the traditional sight-seeing and theatre-going we managed to cram in a 'flight' on the London Eye. The views were incredible on such a clear day but I enjoyed taking pics of the structure more :) 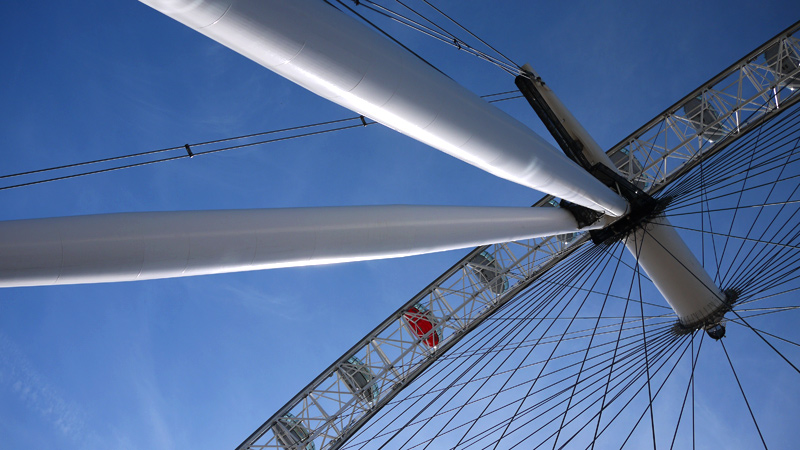 Guess they gave up after painting the first one 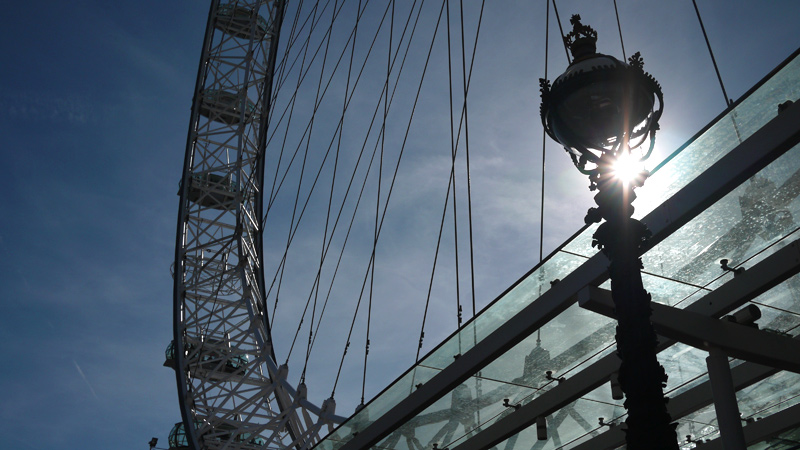 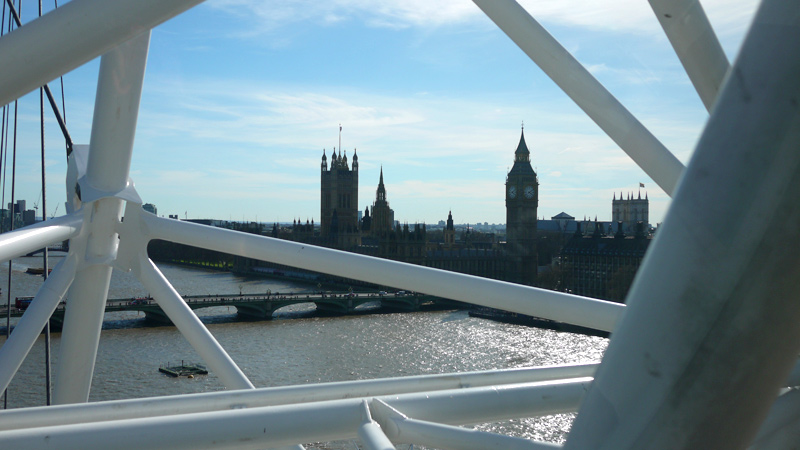 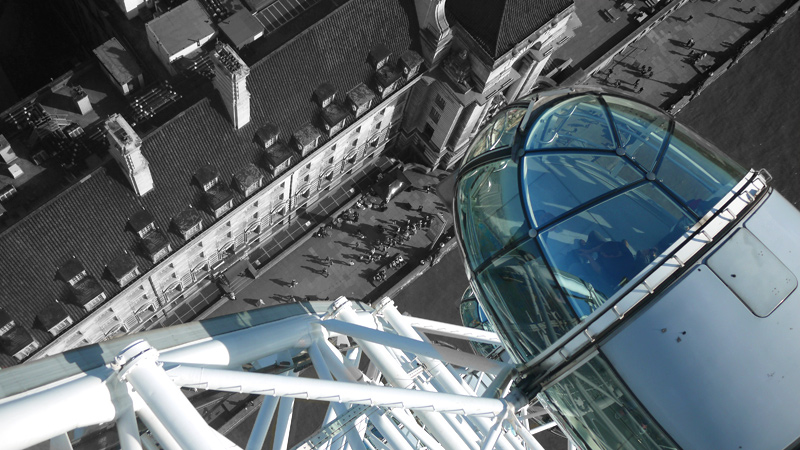 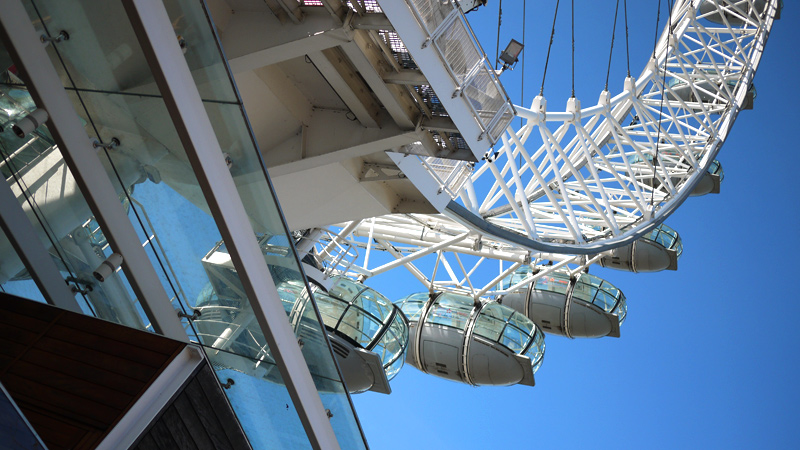 Well, a couple of weeks later than I would have liked but I've finally finished cutting a new showreel, showing off some of my latest work alongside some older classics. After hearing Daftpunk's 'Tron' soundtrack I thought it'd be great to edit my reel to. It was, but it took a hell of a lot longer than I anticipated!

In creating a new reel I also realised 2 things;

Firstly, my reel seems to get shorter every time I update it. It's a good job I don't get round to updating it too often or there would be nothing left! :) Seriously though, I'm a big fan of tightly edited, fast paced reels of around 60 seconds which should be long enough to show off your best work, but short enough to keep people hooked right until the end.

Glad you made it!

Welcome to the third iteration of hitrender.com, my online 'webfolio'. I've finally managed to drag the site kicking and screaming into the 'Web2.0' era (or is it 3.0 now?) complete with social networking links, twitter updates, and a fully integrated blog section (hurrah!), coming with the added bonus of those cute little facebook 'like' buttons that everyone likes to click :)